Ishan Kokulan has been the youth voice guiding decisions, policy and change 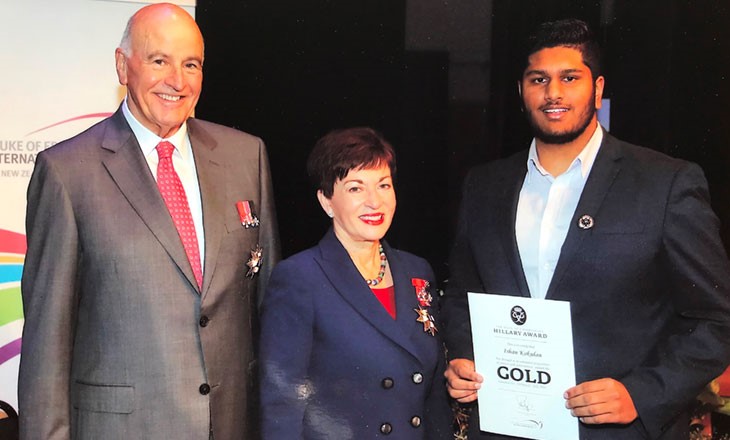 For three years, Ishan Kokulan has been the youth voice guiding decisions, policy and change at the Duke of Edinburgh’s Hillary Award.

Described as ‘intelligent and insightful’, bringing expertise in technology and ways to grow youth engagement, Ishan is now handing over the reins to new youth trustee, Alexandra Groos. Ishan says his experience as the inaugural youth trustee has been a huge personal achievement and has helped him realise the real value in having youth input and representation.

“Being on the Board has been a fantastic experience as I’ve been able to make a tangible impact on the future of the Award while also being able to grow as a Governor and an individual,” says Ishan.

In his three years serving as youth trustee, the 23 year-old has clocked up a raft of achievements and been instrumental in influencing, shaping, designing, and contributing to policy and the development of the Award. He also helped address challenges that arose throughout the pandemic, most notably as part of an international team that helped distribute funding to areas that required support.

Ishan’s Gold Award, which he completed through school and is the third and final level of the Duke of Edinburgh’s Hillary Award, also involved volunteering for UN Youth New Zealand. This reinforced to him “how eloquent, passionate, and convincing” young people are.

As youth trustee, Ishan was involved in the selection process of his predecessor, selecting a top two from a shortlist of applicants.  He says applicants who had some real-world experience post completing their Award was high on his consideration set as was as interest in governance decision- making and advocacy.

Medical student Alexandra, 22, holds a raft of leadership and volunteer positions including as an active member of Youth Search and Rescue, LandSAR instructor, and Gold Alumnus.

“I am excited to be part of the governance team that shapes the Award and allows it to have such a meaningful effect on so many of New Zealand’s young people,” says Alexandra.

“Overall, I am honoured to be offered such an incredible role.”